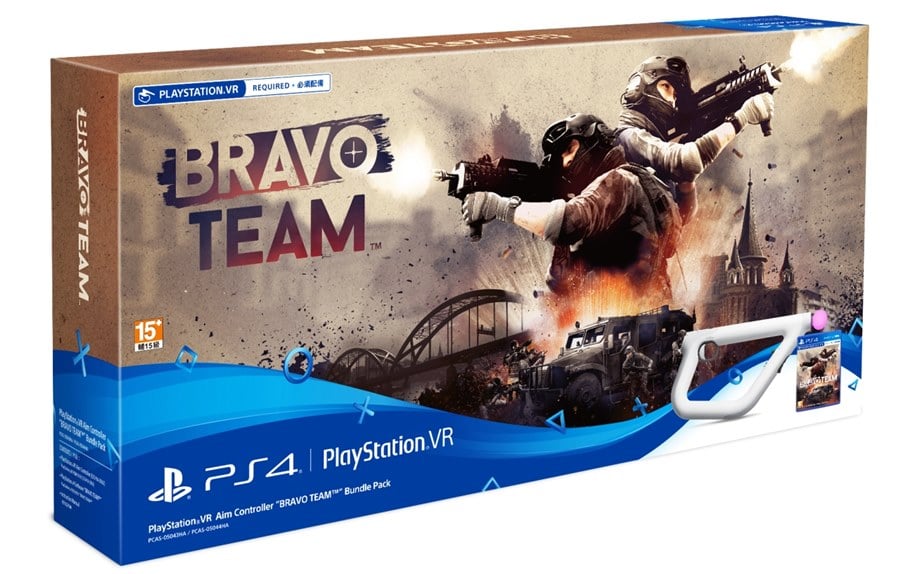 As you start playing the Bravo Team, it will remind you of classic arcade game, Time Crisis. The comparison with the arcade games is obvious because you pop in and out of cover shooting and targeting the villains and the game predetermines your path through the level. The comparison holds true to a large extent.
It’s been two years that VR hit the mainstream and with so many VR games coming into the market, it is the sluggish movement that has always let us down each time. Most of these games had slow rotational controls or they follow the Doom VFR by offering a choice between teleporting or the more difficult pad controls. Hopefully, the Bravo Team, the new shooter from Until Dawn/Inpatient studio, Supermassive games will be able to iron these flaws out. 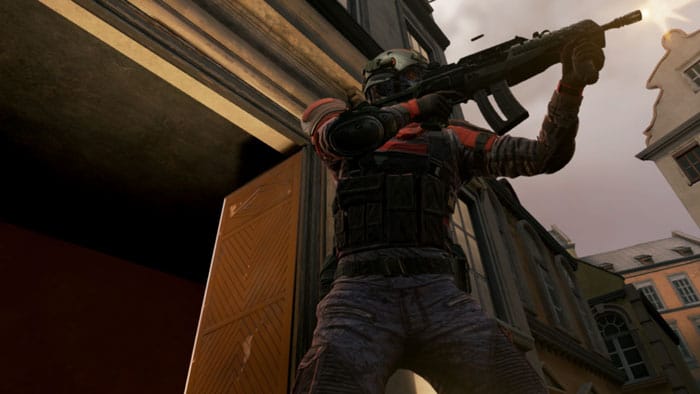 So, has the Bravo Team successfully sorted the above flaws out? The answer is a big “no”. In fact, it doesn’t even try. In Bravo Team you take control of an officer after a terrorist attack resulting in the assassination of a key political figure. You along with your partner will have to fight your way across a city to get extracted, killing a number of soldiers and different enemies on the way. For the majority of the game, you will get an assault rifle with a red dot sight and a pistol sidearm. Occasionally it mixes up things with different kinds of weapons and some nail-biting moments. 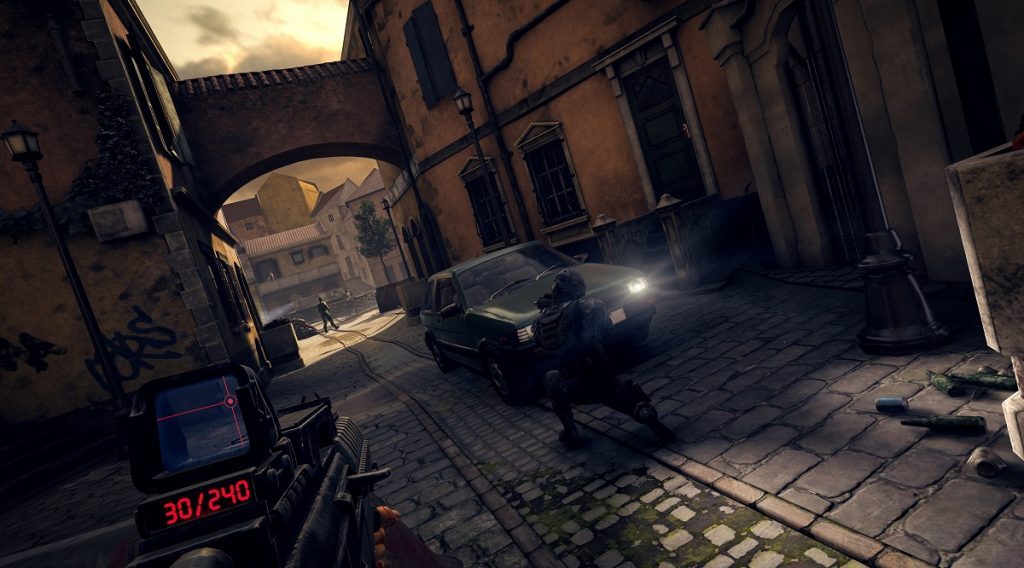 The entire game takes only 3-4 hours to complete when you are playing alone with an AI partner, but it would take less time if you are playing with a real human. The AI partner does a decent job by taking out a few enemies and attracting some attention when you send them out into the middle of a firefight. Playing with a real human is the best experience. 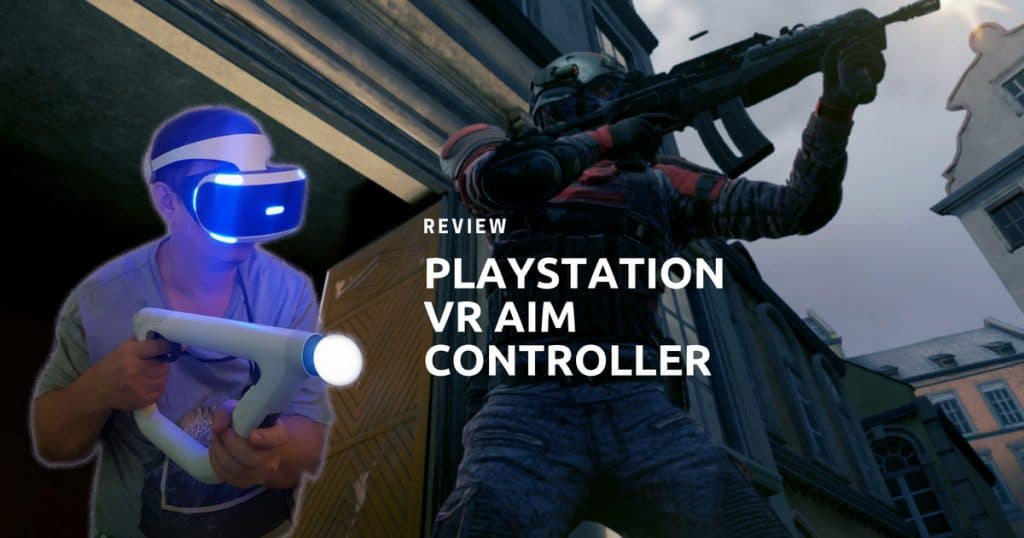 When you are using both the Playstation VR aim controllers, crouched down behind the busted up car, poking your head out or firing blindly from cover, it does give you a feeling of being in a war a bit. It is at these moments, you will notice the Bravo Teams moving parts falling into place just right. However, these moments are few and in-between. 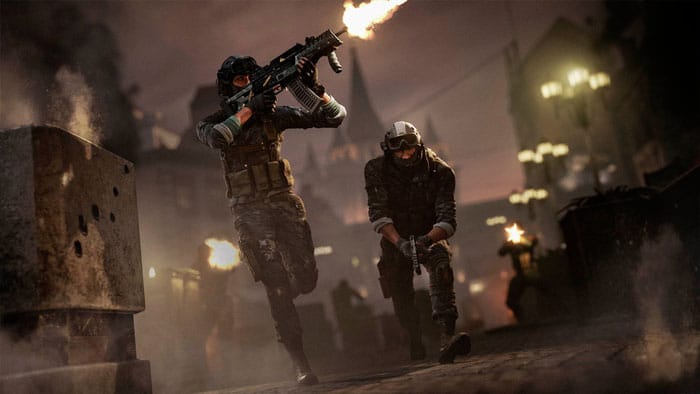 Actually, the Bravo Team is a thinly veiled wave shooter that allows you to move from one cover point to another cover point with very little control over the character other than where he aims his gun to shoot. Once you decide a new cover spot during the mission, your character runs forward as you have an out-of-body experience and can no longer control anything. Instead, you sit back and watch your soldier run forward to the spot you have marked. It completely ruins the immersion by removing you from the body of your character and earning that sense of presence after that is difficult to go on. 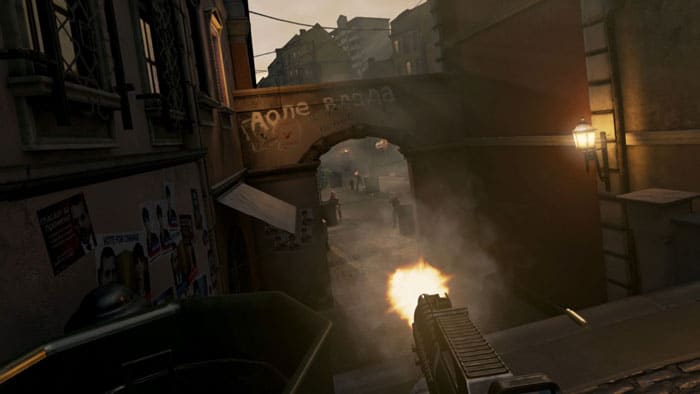 The Bravo Team is also extra jarring, unlike other games; you cannot control anything once your character starts moving in third person. This means, if you get shot during the movement and wish you could cancel the movement and go back, you can’t. They keep moving forward with no consideration for the world around them, which can be irritating.
It is also common for your orientation to the world around you to shift and change from one cover point to another, which means, if you turn to your left and select a cover point, but you end up facing an entirely different direction once you arrive.

The enemy AI can be really stupid. The CPU-squad mate AI is not that great either. There are very few different enemy types. The lot of action that you might have noticed in trailers is completely scripted and the team has missed opportunities to introduce some classic action movie moments. 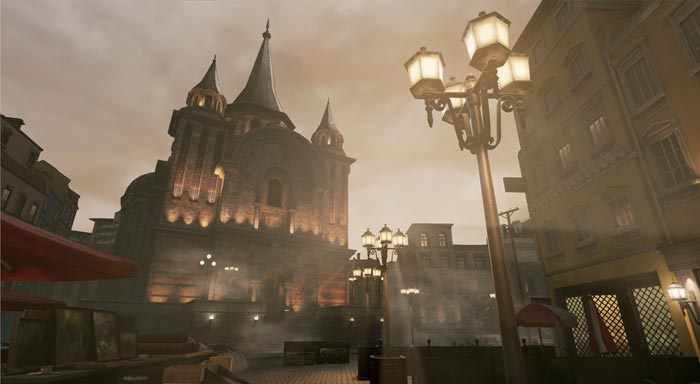 The visuals seem to be dated like the old PS3 that has been adapted to the VR. Destructible scenery might have made the interior gunfights three times more exciting, but it is barely implemented. The aiming and movement works great when you are pushing one way, but it can get annoying soon when you turn around or blast away at the bozo who is now attacking from the rear. He will wait for you to gather the ammunition or new guns. Helping your partner and healing can be difficult under heavy firing. 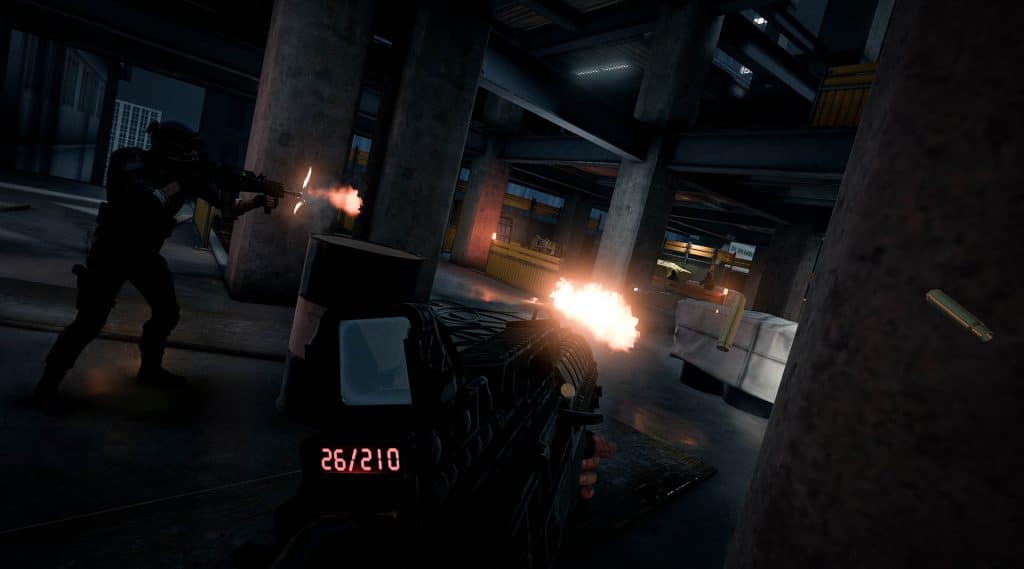 Though there are many flaws with the PSVR Bravo Team, it is still fun playing it. Don’t think of it as a Rainbow Six or Call of Duty, instead see it as Operation Wolf meets Gears of War or Time Crisis meets Ghost Recon. Visually the game is a complete mess. Bravo Team sells itself as a cooperative tactical shooter, but if you are expecting it to have the feel of the Rainbow Six, then you are sure to be disappointed. Technically you can play Bravo Team with a DualShock 4, but it is not recommended. This game was designed from the ground up for the PS Aim and that’s the only way it should be played. It is also the reason why they are bundling the two together. Playing with two PS move controllers is a wee bit better, but it may not give you the same feeling of holding an actual physical rifle peripheral like the PSVR Aim Controller.

If you have a PSVR Aim Controller, then you might want to look at the Bravo Team. It is a flawed, but fun light gun blaster with some cool co-op cover shooter twists. Got a PSVR games, but no Aim Controller, then you need not bother to get one. The Bravo Team PSVR game is not exceptional in terms of scenery, action, visuals, AI or enthralling set pieces. It is a make believe plastic gun play. It is not that good for you to invest in a PSVR Aim controller. Bravo Team is a disastrous, low-budget shooter that lacks brilliance. It does provide some form of immersion and actually harms the cause of VR instead of helping it in anyway. It is better to forget that Bravo Team ever existed.