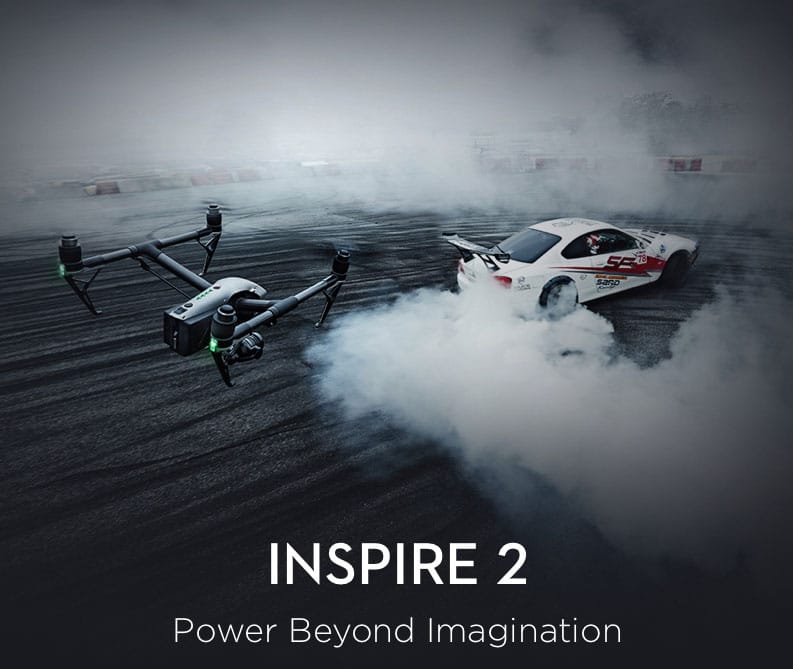 Inspire 2 is the one of the best drones in existence today. When DJI launched its first Inspire drone, it became popular among filmmakers. Before that, if anyone needed a drone to carry a decent camera, they had to construct it themselves. Anyone with $3000, could own a professional level drone camera when Dji came into the scene that could fly out of the box. This was a few years back and now the drone technology has progressed leaps and bounds since then, and now you can get a 4K enabled drone camera for under $500. In the latter half of 2016, Dji introduced the second generation device that is out in the market and below is a detailed review of the same.

The Dji Inspire2 comes with some outstanding features compared to other brands in the same category. It comes with some extra features that make it a one of a kind drone in the market. The most stand-out feature of the Inspire 2 is the inclusion of the dual battery, which provides it with a number of benefits. Ofcourse, two batteries means, the drone can fly for more time, protects it from any battery malfunctions and most important benefit is that it gives ample power for the ancillary systems like the sensors, camera, stabilizers and the processors. 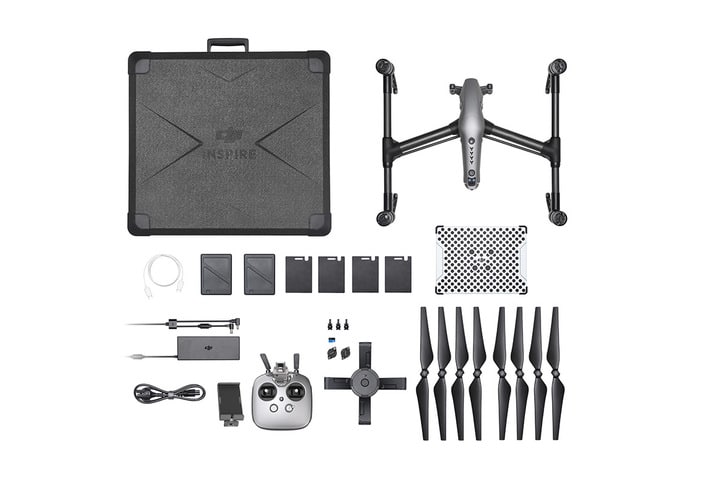 Speaking of the camera, the Dji inspire drone comes with a detachable and easily upgradable Zenmuse cam the X5S, sporting a forward-facing FPV camera, which makes it possible for the pilot to see what’s ahead of the drone while simultaneously watching and controlling the Zenmuse camera. It comes with dual inertial motion sensors, dual barometers, and dedicated processors for different subsystems like the newly introduced obstacle avoidance sensors. You can even fly this drone with two controllers. With all these features, the Inspire 2 has become an extremely reliable, stable and safe drone to fly compared to the previous model. 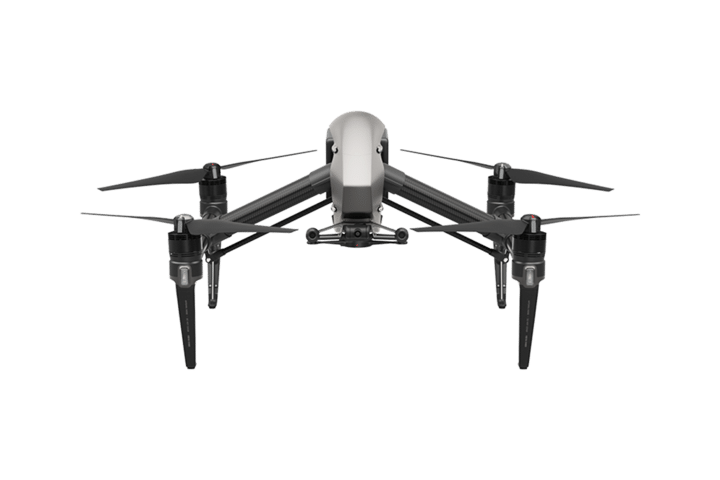 If you have used the Inspire1, then you won’t be surprised with the looks of the Dji Inspire 2 drone. The new Inspire 2 retains the same quad-prop layout as its predecessor. The body is made from the super tough carbon fiber material for its arms, giving it an impressive strength. Dji has worked on its body, by introducing the magnesium aluminum composite instead of the previous plastic white. The other major change from its previous model is the introduction of a new forward-facing FPV camera and the obstacle avoidance system that is placed on a bar in the front of the drone. 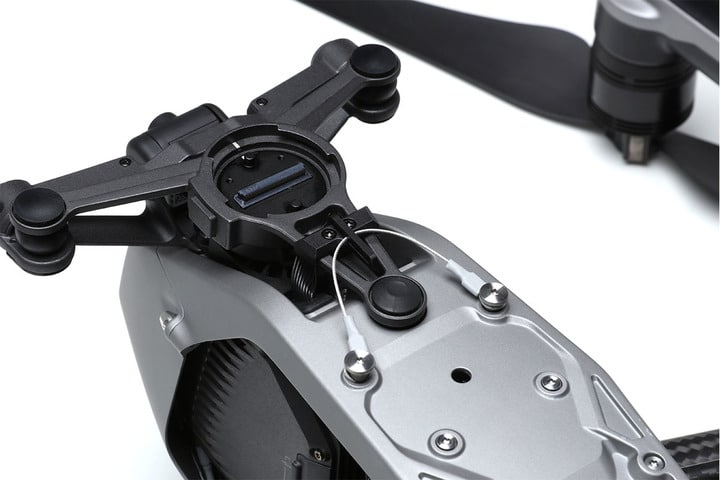 The Inspire 2 doesn’t have a camera attached, but you can choose from the range of cameras from the Dji stable, the Zenmuse series. Here, they have used the X5S.You can swap the camera out so that you can use the right lens for the job at hand, which makes it an ideal device for professional photographers and videographers who like to be in control of everything. The Zenmuse camera has constantly expanded its range along with the different drones on offer. The latest Z5S is designed keeping in mind the requirements of the Dji inspire 2. It is a micro four thirds lenses with a bigger sensor than the previous ones. This means you can capture the footage with better, vibrant colors and improved detailing. It is just like owning a high-end professional camera that flies in the air. It is capable of taking some truly and inspiring stills.
As far as the video is concerned, the Inspire 2 and X5S create a setup that will make most professionals envy. You must have read a lot of reviews of drones with 4K ability, but brace yourself, this smarty can record in 5.2K at 30fps, 4K at 60fps and you can even scale down to 720p if you wish.
Dji also released the Zenmuse X7 camera the first dedicated aerial camera from the company that uses the large Super35 sensor, which is a standard format found in professional cinema cameras like Canon and Red. It is a very impressive camera from every perspective. It is capable of shooting 6K RAW video at up to 30 frames per second in the Cinema DNG format; the X7 is built keeping the requirements of professional cinematographers in mind. If all the features that are mentioned work in real time, then this could be a real game changer camera for both indie and big studio filmmaking.

The DJI Inspire 2 comes with a hugely improved battery. The original and the pro versions averaged about 15 minutes per charge; the Inspire 2 is recorded 27 minutes of flight time. During normal flight tests with the use of the drone’s many sub-systems, it averaged about 23 minutes of flight time. Like with any other drone, that requires more processing power to operate systems like active track, obstacle avoidance, etc. then you will expect the flight power to drop drastically.
As far as the recharge time is concerned, you can expect an hour on the charger before your battery reaches capacity. After the hover test, the battery took about an hour and 20 minutes to charge up to 100 percent. But, in most cases the batteries don’t drain that much. If you land immediately after the first low battery warning, you will end up with an hour on the power dock to recharge.

An hour long recharge is not special, but the best part of this drone is the new charger dock. The dock is designed to accommodate up to four batteries at once and charging them all at once is pretty easy now. If your batteries are not paired, the hub will intelligently charge the cells according to the power levels from high to low. If your batteries are paired, the pair with more stored power will charge first, which means you can get back into air sooner and spend less time waiting for the batteries to charge up. 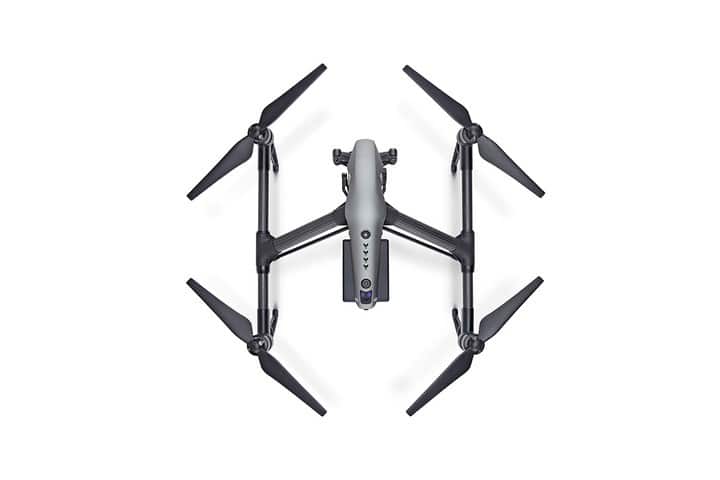 In the air, the Inspire 2 is a powerful beast. It is stable and big with a lot of reliability than any drone ever flown. The Inspire 2 is a bit heavier compared to its smaller brother, the Phantom and Mavic Pro. It is every bit agile and quick. Due to its heavier structure and inertia, the drone is a bit slower, but once it attains speed it moves pretty fast. As with the previous drone, the Dji Inspire 2 is controlled with a dedicated remote that links to the drone through a powerful pair of antennae. There is no screen, so you will have to connect your Android and iOS smartphone to the remote via a wired connection. You will have to install the Dji GO 4 app instead of the DJI GO app that was used for the Inspire 1 and other DJI models.
With the app you can perform various tasks like calibrating the camera, toggling the beginner mode on and off and many other tasks with a lot of ease. It is also possible to access the drone’s automated flight modes, of which the spotlight pro allows you to track the moving objects with great accuracy. While other drone models have boasted this ability, the Spotlight Pro is a great step ahead. According to Dji, it utilizes the advanced visual tracking algorithms to stick to the moving objects like a glue offering you images and footage that in normal circumstances will require the services of a second camera to capture. This feature is an option with the inspire 2 and it is possible to have one remote controlling drone and a second “slave” remote controls the camera.
The Spotlight Pro is available in the Tapfly, Waypoint and Point of Interest “intelligent flight” modes. It is an important addition to the Inspire 2’s already impressive features. The Spotlight Pro uses DJI’s visual tracking algorithms to lock onto a subject during the flight regardless of the direction the Dji Inspire 2 flies. If the gimbal comes close to reaching its rotation limits, the Inspire 2 will rotate in the same direction without having any affect on the flight control or the shot being captured, to free up the gimbal movement. In short, you can fly circles around a moving subject and the camera will stay focused on it regardless of how the drone rotates.

Costly compared to other drones found in the market

The Inspire 2 base unit costs around $3000 and after you add the latest Zenmuse X5S camera you can expect the cost to go up to $6,200 depending on the retail store and any extra accessories you add to it. The cost will increase or decrease depending on the best possible package. The Inspire 2 can be purchased directly from DJI or from a retail store both online and offline.

The inspire 2 is no doubt one of the best drones to fly. The specifications are among the best, which makes this drone the most reliable to fly. Usually, you would get worried seeing such an expensive drone flying in the air, but Dji has ensured that there won’t be any accidents with this one. Dji has ensured this drone carries the camera nicely and does its job perfectly and all this is possible because of the strong build body of the drone that is safe and stable to fly. Not only do you get quality footage with this drone, but also peace of mind.
The Dji Inspire 2 is likely to rule the drone scene for long years because of its upgradable designs and high-end specifications. Ofcourse it will be dethroned by the future models that will be launched by Dji or by its competitors, but that won’t happen anytime soon.
If you have deep pockets and are into professional Ariel cinematography and want a drone that can be used straight out of the box, the inspire 2 and the Zenmuse X5S should be seriously considered.