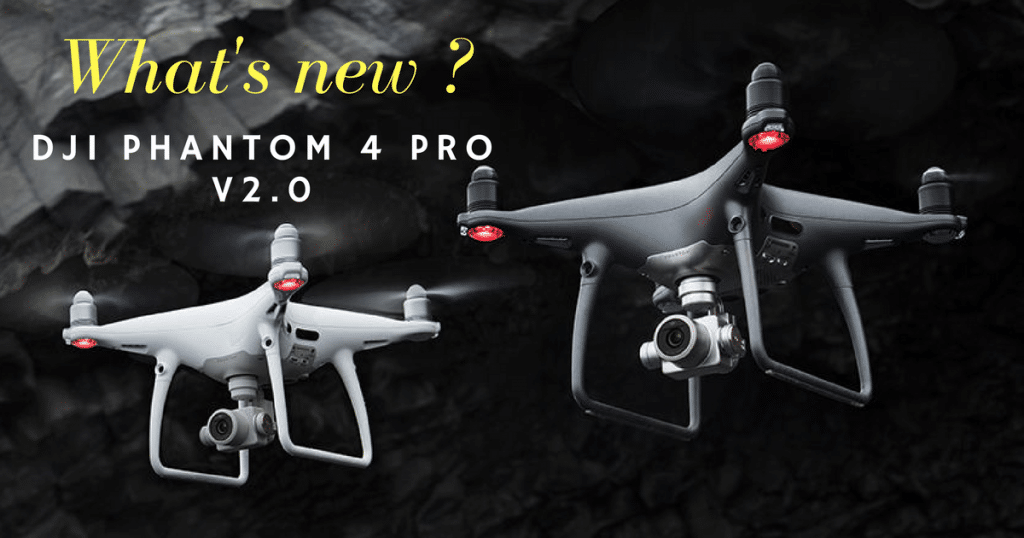 DJI Phantom 4 Pro V2.0, was recently released which is a crowning glory of the Phantom family. This is an updated model, which is pretty much similar to the original 2016 version, but with a slight difference. The Phantom 4 series is quieter, which according to DJI is because of the reduced propeller noise that has been reduced by about 60%. It now utilizes the OccuSync technology instead of the Lightbridge.
DJI has shied away from calling this new drone as the Phantom 5, because it has very few minor changes from the original. So you can look forward to the 5 series very soon. 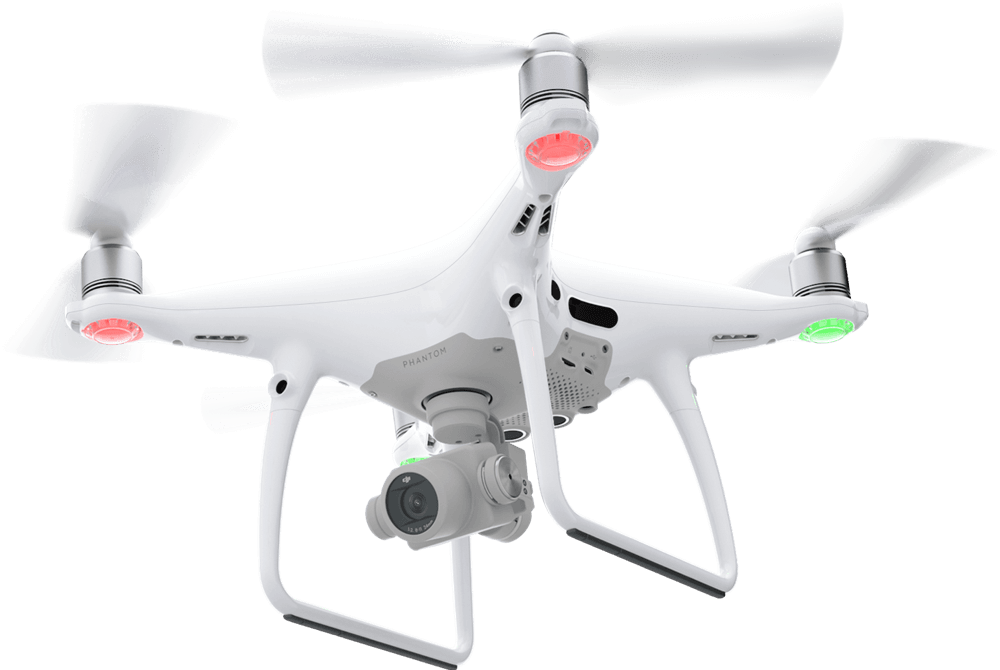 The new feature that is included in the Phantom4 Pro V2.0 is the OccuSync radio transmission technology. The previous models from the Phantom series used the Lightbridge 2 system. When in use in real situations, the range and latency seems to have shown an improvement when compared to the older models from the Phantom series. The Phantom 4 series has been able to downlink stream to display video in 1080/30 fps against the 720/30fps previously. It automatically supports dual frequency band switching and connecting to the DJI Goggles RE wirelessly. Like the Phantom 4 series, the Phantom 4 Pro V2.0 is equipped with a 1-inch 20 megapixel sensor that is capable of shooting 4k/60fps video and burst mode stills at 14fps. The flight autonomy system comes with a dual rear vision sensors and an infrared sensing system for a total of 5 directions of obstacle sensing and 4 directions of obstacle avoidance.

A 5.5 inch1080p screen integrated with the DJI Phantom 4 Pro V2.0 remote controller offers 1000cd/m2 of brightness, which is more than twice the brightness as the conventional smart devices. The DJI Go app is built into the screen, software and hardware are also optimized, which allows you to edit and share instantly. Due to the adoption of the OccuSync technology, the older models with the Lightbridge controllers are not compatible with the DJI Phantom 4 Pro V2.0. It employs the time-division multiplexing technology to send control signal and also to receive video signal simultaneously. When the controller is switched on, the OccuSync system scans for the frequency band with the lowest interference and tries to switch accordingly to receive clear transmission. 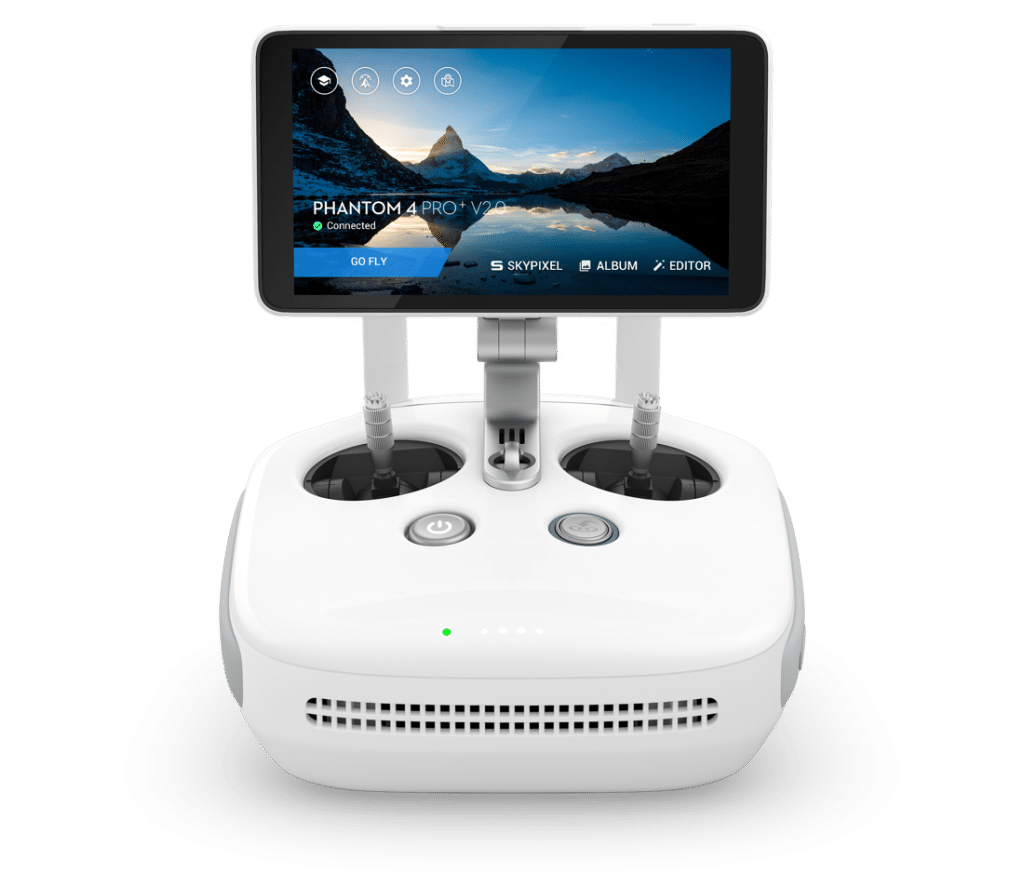 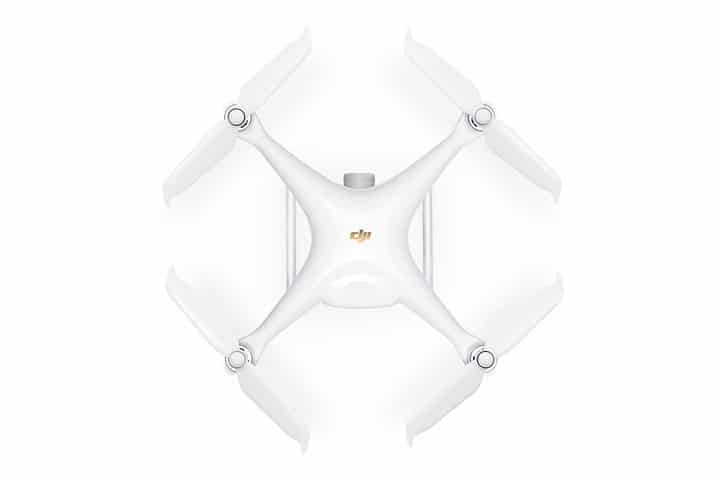 The DJI Phantom 4 ProV2.0 comes equipped with new motors and ESCs. According to DJI the new set of 9455S propellers are 60% quieter than the regular propellers. You can still mount the older propellers on the new Phantom, while the 9455S models are compatible with the regular Phantom 4 Pro version too.

Increase Range of the Anti-Collision Sensors 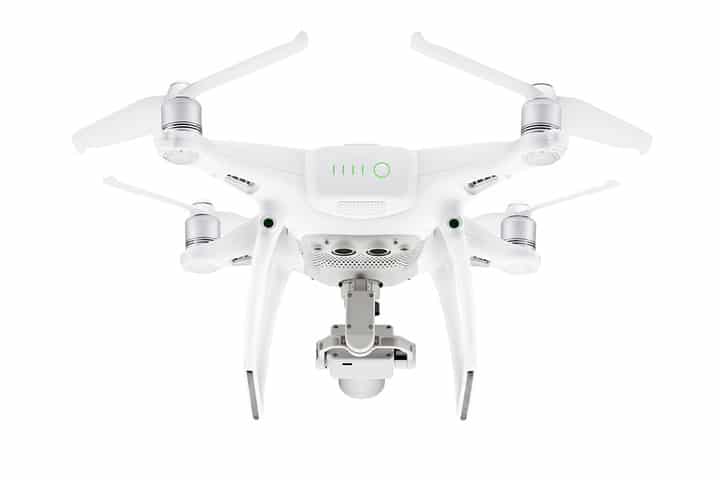 The flight autonomy is expanded with an additional set of high-resolution stereo vision sensors that are placed at the rear, which is in addition to the ones placed in the front along with the infrared sensing systems that are placed on the left and right sides. This network of sensors creates a 5 direction of obstacle sensing and 4 direction obstacle avoidance. This protects the Phantom 4 Pro V2.0 from more obstacles giving professional videographers the confidence to capture more complex images.

The remote looks to have changed so we expect a longer range. Due to the improvement because of the OcuSync system, you can now connect the remote to the DJI Goggles RE wirelessly, which puts you in control of all the action with the dual LTPS displays that offers a very high quality 1080p live camera view with an 85 degree FOV. When connected with the OcuSync, the users can experience fast and clear FPV flight with low latency. Even controlling the Phantom with the DJI Goggles RE is more intuitive than ever. Just by enabling head tracking it allows you to move the aircraft or gimbal simply by turning your head. 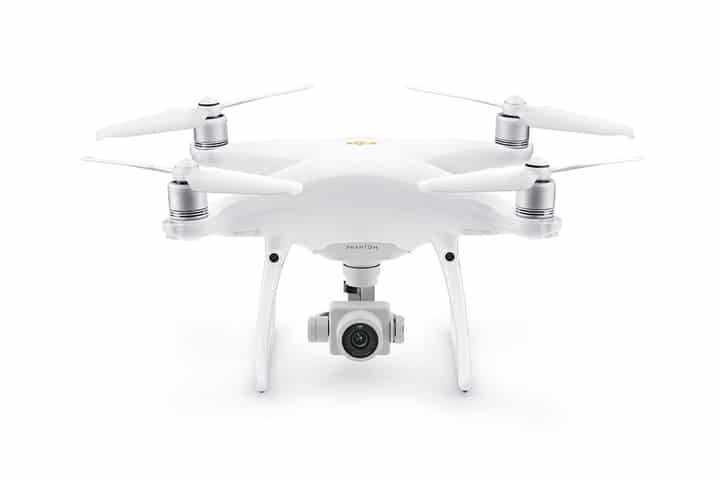 In the upgraded version with the return to the home mode, the Phantom 4 Pro V2.0 automatically chooses the best route to return home depending on the environmental factors. The DJI Phantom 4 Pro records its route as a file that allows it to return along the same route, avoiding any obstacles if the control signal is disconnected. Depending on the altitude at the time of disconnection, the Phantom 4 Pro V2.0 is smart enough to adjust its flight path to avoid the obstacles it has encountered during its flight.
As it begins to takeoff, the DJI Phantom 4 Pro V2.0 will record the scene below and compare the recording with what it sees as it returns for a more precise landing. It can detect the ground to see whether there is an ideal place to land. If there are any obstacles like water on the ground, it will immediately alert the pilot and hover at an appropriate height helping it to land safely.

The overall shape and size of the Phantom 4 Pro V2.0 is very similar to the previous models, but with a very slight reduction in weight. The camera comes with the same one-inch sensor that is able to deliver 20 megapixels and 4K/60 video. The battery of the V2.0 is identical and the flight time remains unchanged (25-30 minutes).