The Lumix DC-GH5s from Panasonic is the latest video focused mirrorless camera and if the comprehensive video specification of the Lumix GH5 is not sufficient, then the GH5S is the right mirrorless digital camera for you. The GH5S is designed to suit the needs of professional filmmakers as it delivers high quality and crisp video images ever seen in a Lumix range of cameras. 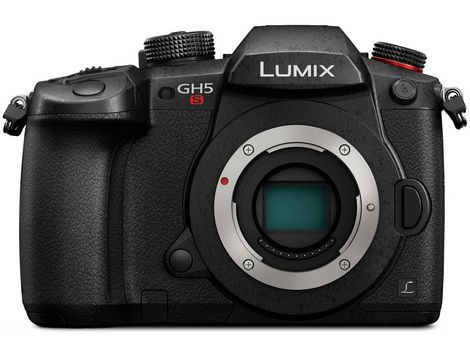 As far as the Lumix GH5S is concerned, Panasonic has ditched the 20.3MP Micro Four Thirds Live MOS sensor, which the GH5 uses. Panasonic has replaced it with the brand new oversized 10.2MP multi-aspect sensor. The oversized design basically means it is physically larger than the normal Micro Four Thirds sensor. This new feature has a few benefits; it allows the GH5S to shoot at different aspect ratios using the full breadth of the imaging circle projected by the lens as opposed to simply cropping down from the 4:3 aspect ratio of the sensor. This means the GH5S’s sensor provides ample margin to get the same angle of view in different aspect ratios. 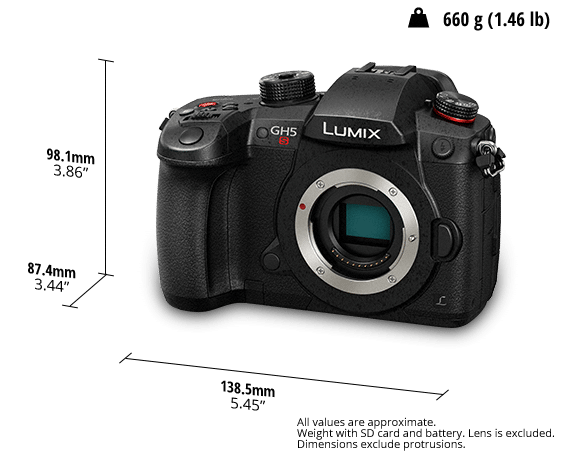 It also allows shooting 14 bit raw files and the reduction in resolution has allowed Panasonic to improve the maximum ISO ceiling of 51,200 in the GH5S. Panasonic has also included its Dual Native ISO Technology to reduce the risk of background image noise in low-light conditions.

The Lumix GH5 was the first mirrorless camera that was capable of shooting 4k video up to 60/50p while the GH5S is a notch higher as it shoots at world first 4K 60/50p recording in Cinema 4K. The GH5S is capable of internal 4:2:2 10-bit recording, which delivers strong color reproduction and the V-Log, comes pre-installed on the camera something that was an additional cost on the GH5. 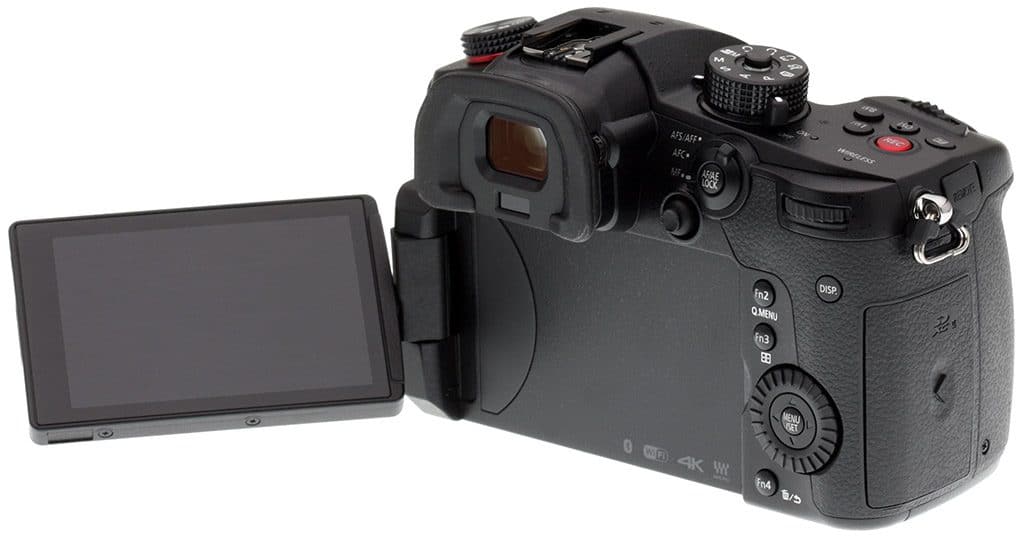 There is no time limit to record both 4k video and Full HD while the Lumix GH5S compiles with 4K HDR video with Hybrid Log Gamma mode in photo style. The GH5S also records 4:2:2 10-bit 400mbps all-intra in 4K and cinema 4k (24p) and 200Mbps all-intra in Full HD.
The GH5S is compatible with Timecode in/out, which makes it easy to synchronize multiple compatible devices when filming for effortless post production editing. A coaxial cable for a BNC terminal connects to the flash sync terminal of the camera allowing it to be used as a Timecode generator for other GH5S professional camcorders and cameras.

For this one, Panasonic has decided to not include the built-in image stabilization system that featured in the GH5. Though this decision may seem to be odd considering the GH5S to be a video focused camera, but continuous feedback from film crews who used the GH5 revealed that even when it is mounted on a professional rig, the sensor is at a risk of being shaken around despite being switched off.

The GH5S however, features the same electronic viewfinder as the GH5 with a large magnification ratio that delivers a smooth display at 120fps and a 3.2 inch vari-angle touchscreen with a 3,680K dot resolution. The camera also makes shooting in low-light easier. The live view boost increases the sensitivity just for the live view, while there is also a night mode that features a red interface. 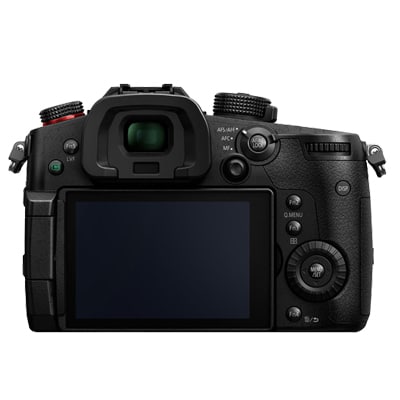 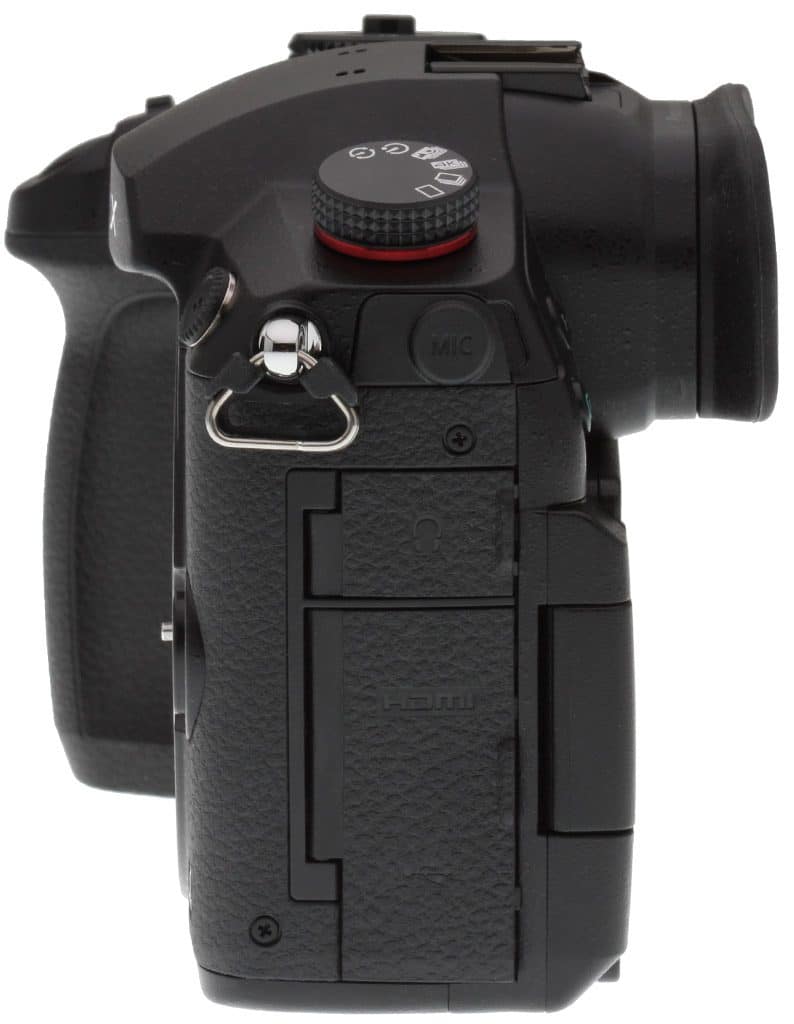 The GH5S looks very similar to the GH5 and the only striking difference between the two is the flash of red around the collar of the mode dial on top of the camera and the red button is more pronounced in the GH5S. The other more recognizable feature is the “S” in the model name. If not for these two standout features it is almost impossible to distinguish between these two models. 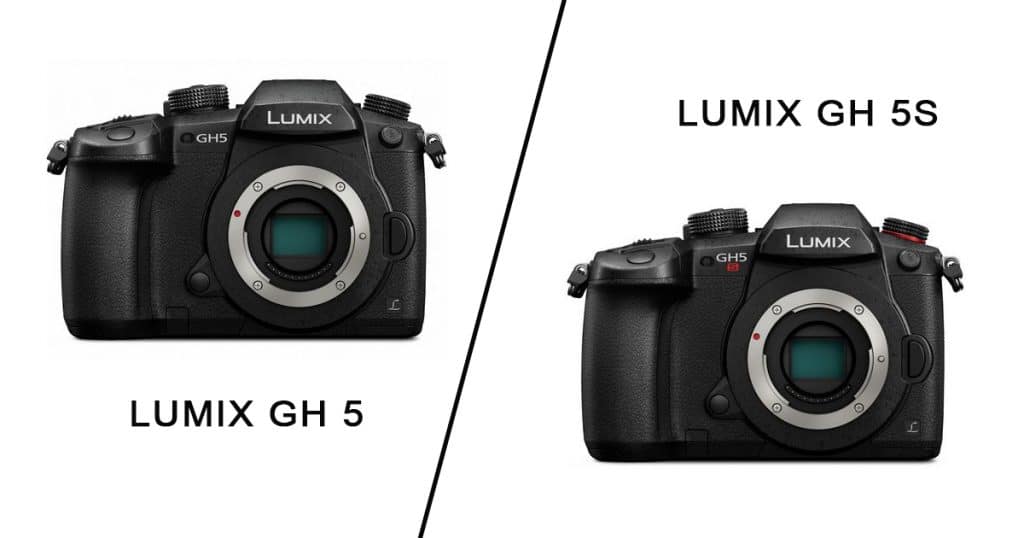 Since this is a mirrorless camera the design looks pretty chunky. The GH5S feels nice in the hand; it is quite sturdy and has a large and purposeful grip. The GH5S comes in magnesium alloy full die-cast front and rear frame with a good weather sealing too that protects the camera from dust and water drops. The camera is freeze proof withstanding temperatures up to -10 degree C. Just like the GH5, this one is equipped with dual SD card slots, is compatible with UHS-II and Video Speed Class 60SDXC cards. The camera is also equipped with a HDMI Type A terminal.

Since the GH5S is similar to the GH5 design wise, which means it does not have a top plate LCD display like we have seen in the Lumix G9. But, on either side are a chunky looking drive and mode dials and just behind the front command dial are buttons for accessing White Balance, ISO and exposure compensation. The buttons on the GH5 are finished differently, the white balance button is convex shaped, and the ISO is flat and the exposure compensation is concave. These are some subtle differences between the two models. So, if you have used the GH5, then the GH5S is pretty much like at home feeling especially the menu system is identical in both.

– Same 225-area AF system as the GH5
– Useful Focus Transition function
– Broad range of focus peaking modes
Since a lot of the features in both the cameras are similar, the Autofocus system is also similar and is not a surprise. Unlike the other brands of cameras that use hybrid system of both phase detect and contrast detect AF, the GH5S relies a lot on the slower contrast-detect system. The focusing is still fast and the GH5S can also focus in light levels as low as -5EV, which is darker than the moonlight. 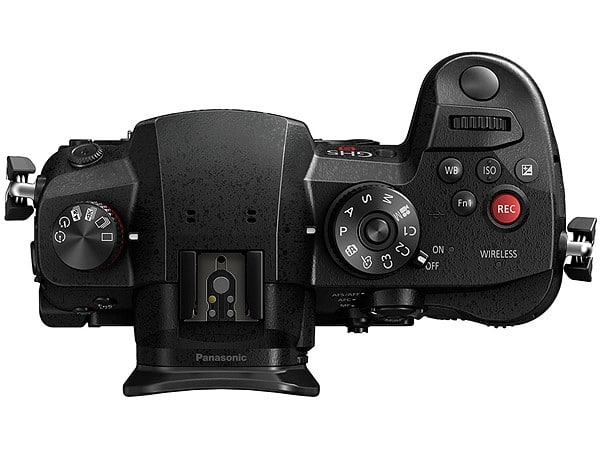 Along with the multi-AF, there is also a custom multi mode that allows you to effortlessly select the AF area group in which the focus area group size and position can be customized. As far as the video is concerned, the GH5S supports the “Focus Transition” mode, which is a feature found even in the GH5. This allows you to define up to three focus depths before you begin recording, then switch between them as you shoot. You can also choose from the focus transition speed, so you can opt for smooth transitions.

With the GH5S, users would generally like to use the manual focusing more, and then there are a few focus peaking options available to the user. These are both high and low-intensity options as well as options to have highlights edges shown in pink, cyan, white, green and yellow. 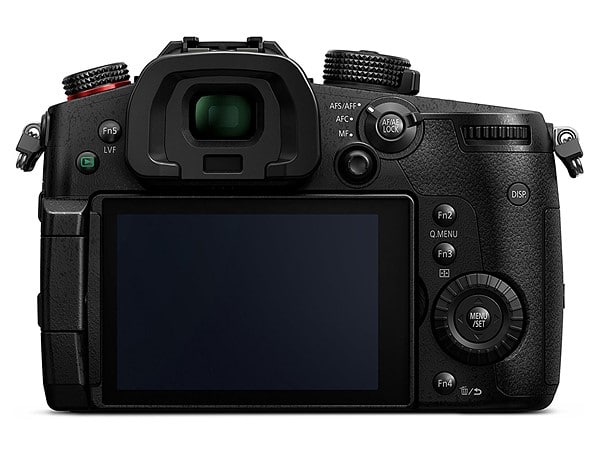 – Solid metering system
– Nice Viewfinder system and touchscreen
– Decent battery life
The GH5 and the GH5S use the same metering system that is very consistent without having to use the exposure compensation button. The white balance system also delivers the goods producing natural looking results. There are a few dedicated presets that can be used for improvement. The large and bright EVF display gives you an excellent shooting experience, great contrast and the feed is also smooth thanks to the fast refresh rate. The touchscreen on the rear is one of the best that offers wide breadth of control whether you are shooting or reviewing the images.

With one charge, the Lumix GH5S can take 440 shots, which is slightly better than the GH5’s 410 shots. It is still recommended to carry a few batteries if you are working with the camera whole day to ensure smooth work.

– Stunning Video capabilities
– Still images show good noise controls
– Good color rendition
Even though the GH5S offers low resolution, the quality of the images captured is pretty sharp. The camera handles higher sensitivities better with less luminance noise and the dynamic range is pretty nice too. The 4k video quality is quite good in the Lumix GH5S, thanks to the internal 4:2:2 10 bit recording. Though the 4k resolution is good, but how does the GH5S capture light? The V-log L comes preinstalled and this puts the camera into the log picture style allowing you to capture information in the shadows and highlights.
The footage captured is flexible when it comes to the color grading. Adjust the color, saturation and contrast and the footage is just perfect with shadows and highlights maintaining strong detail while the colors are rendered well. The skin tone is very natural and the footage seems to be like its straight from the movie.
The Lumix GH5S also shoots in slow-motion specifically 240fps in Full HD. The footage is smooth and almost life like. However, experts maybe disappointed a bit with the quality in this mode due to the heavy in-camera processing leading to loss in detail, shadows suffer the most. Even there is a lack of crispiness even in the midtones, especially in skin tones. There is some noise even when there is light.

The Panasonic Lumix GH5S is one of the most specialized cameras out there. It can shoot stills very efficiently although at pretty limited resolution. This is more of a video camera and if you wish to have both, then the Lumix GH5 will fit the bill. The absence of built-in image stabilization may disappoint many, but Panasonic has reasons for it. Leaving this one feature aside, the GH5S is a pretty impressive camera.

If you want professional quality footage without having to spend a lot, then the Lumix GH5S is the best choice.