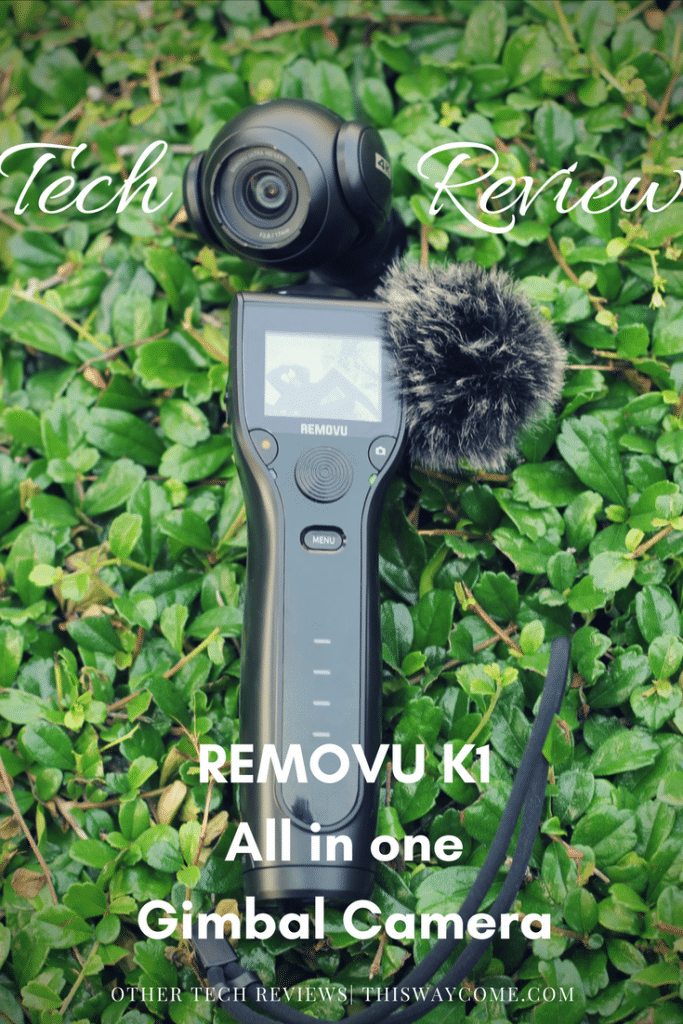 Before we begin with the review, let us understand what the product is, for someone who is not aware of the product and its uses. The gimbal is an image stabilizing device that reduces the video shake while jumping, riding, or walking. The most common gimbal feature includes a 3-axis motorized stabilizer to reduce shaking of the video. 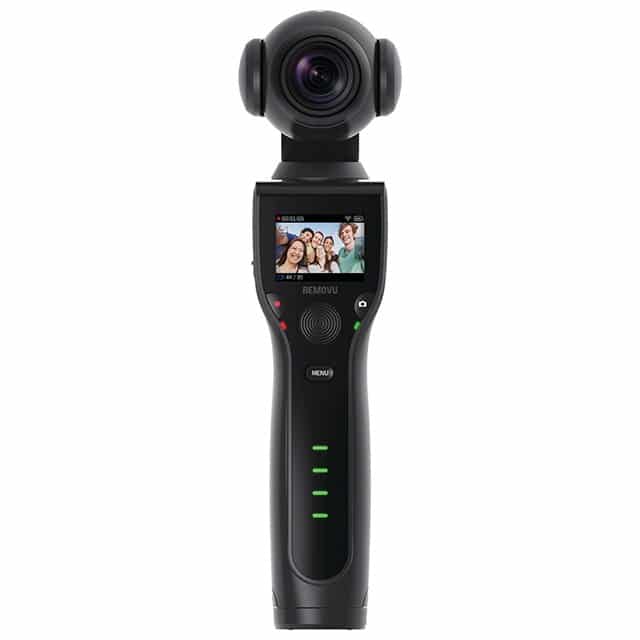 At the very first look, you will think this as the DJI OSMO, because the form factor is very similar for both the cameras. The spherical camera that is placed nicely on the handle looks pretty attractive. This also means that it doesn’t block itself like other gimbals. The handles of the camera look comfortable and the controls on them are easy to use with just your thumb, which is quite a relief. The LCD screen is large and bright enough to use even in strong sunlight. There is an SD card slot to store the videos and it supports up to class 10 128 GB cards. This storage according to some users can store only 2 hours of video at 4K 30fps. 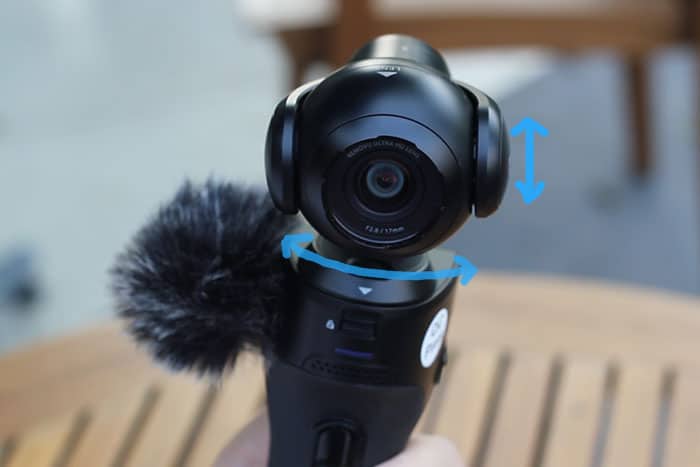 Most gimbals have a problem, they are often very boring to use and require a lot of setup time. They require some sort of calibration before you even start using it. If you are always on the move exploring new things and places, setting up the gimbal can be pretty cumbersome at times. You lose on a lot of precious moments that you could have spent on filming or even taking some exotic videos. The feature that works in favor of the K1 gimbal is the zero time required to calibrate the device, its size and the integrated LCD screen, which means you can just plug and play this device with a lot of ease without wasting precious time on various time-consuming settings each time. 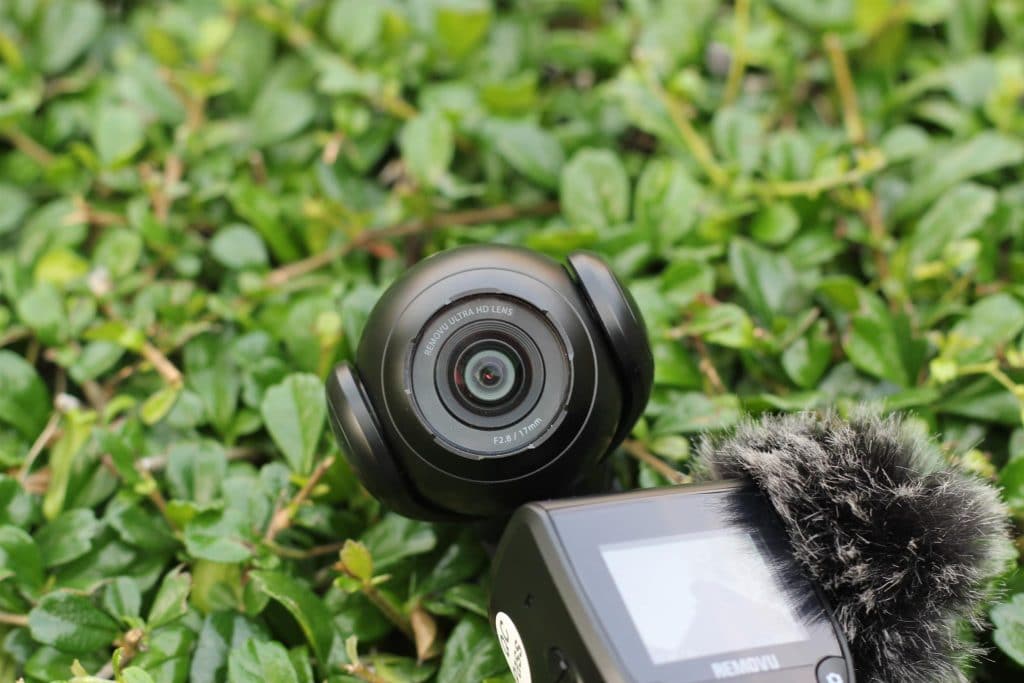 The REMOVU K1 has a camera that comes with a custom designed F2.8 wide angle lens and a 1/ 2.3” CMOS 12 MP sensor. The K1 camera can capture video in 4K ultra HD at 30fps and 1080p up to 120fps for HD slow motion content. The camera can capture 12MP photos and supports slow-motion and time lapse video. The 1.5 inch LCD monitor is sufficient to show what the camera is capturing. It is large enough to get a picture of what you are framing and the composition. Of course, it doesn’t have the added bulkiness of the phone and bracket. The REMOVU K1 is not too heavy as it is only 340gms, which is lesser, compared to its competitors. 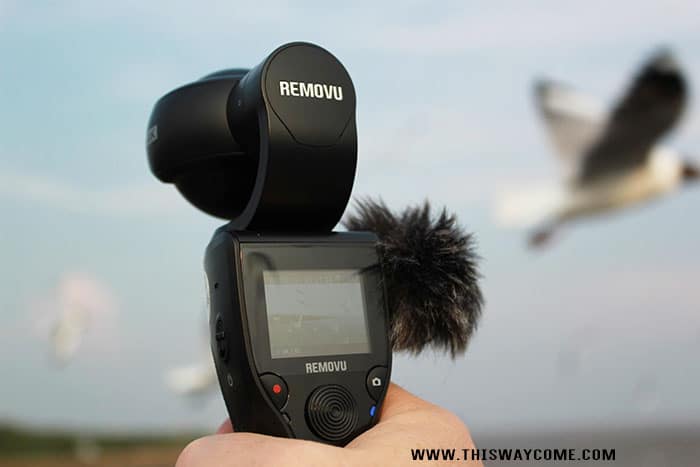 The K1 offers four different shooting modes, including the follow mode, pan mode, motion time-lapse mode and a selfie mode. It comes with a 12 mega pixel sensor with a 101 degree field view lens. The built-in battery lasts for up to 4 hours. The REMOVU K1 has an ultra-wide lens, selfie mode and hassle-free LCD, which is geared more towards personal use, like capturing moments of family and kids during the vacations. Lack of 24 fps and full 4K wide options in the K1 doesn’t make it a serious contender as a gimbal for filmmaking.
The REMOVU K1 stabilizer comes with support for selfie. 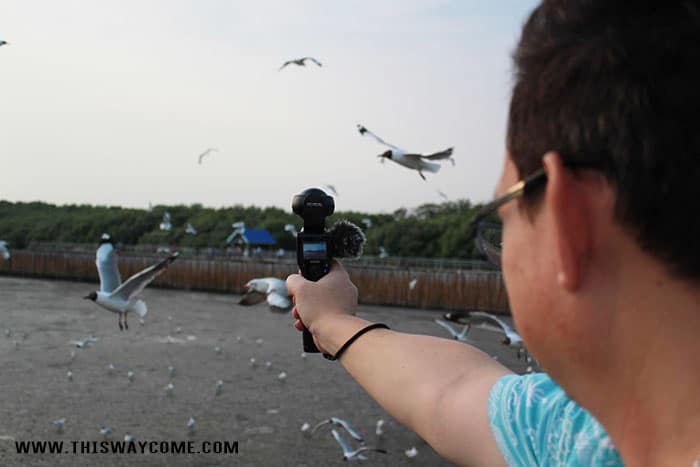 Thanks to the 30 centimeter focal length, the K1 can focus perfectly while shooting a self-portrait. The REMOVU K1 comes with an internal Mic as well as a Mic port to use it with microphone system. The internal audio is manageable, but if you need better audio it would be advisable to use an external microphone. 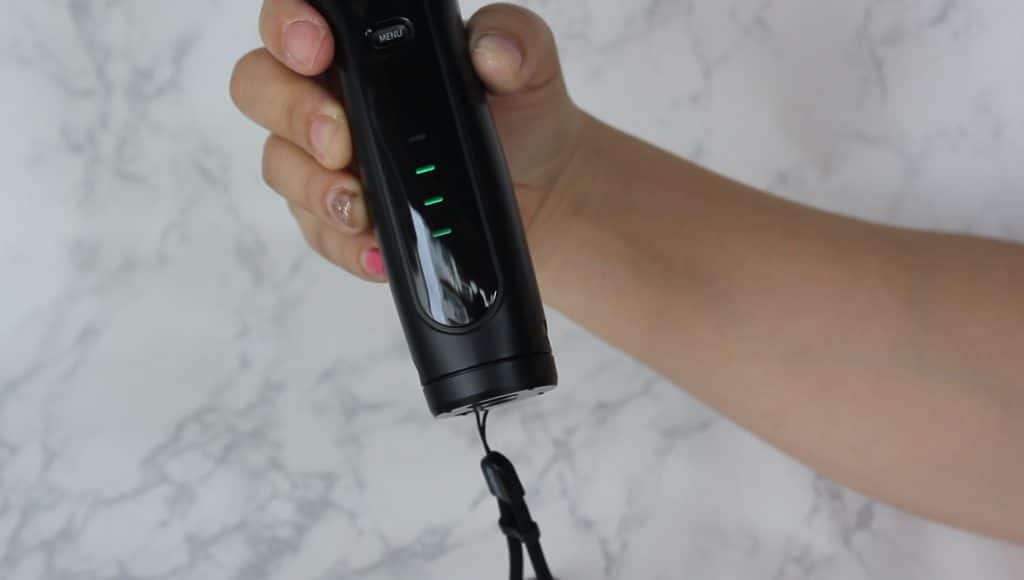 The REMOVU K1 is equipped with a removable “smart battery”. According to REMOVU, once the battery is charged it will record continuous video for 4 hours on the go. Interchangeable battery is a great feature to have since you will not have access to the charger when you are outdoors. It comes with a 2,900 mAh, lithium Ion battery. You can charge the Gimbal via a cable from a standard USB power source, which means you don’t have to carry a charger because of the smart battery feature. All you need is a power source and no bulky looking chargers. The gimbal has an optional accessory like a docking station, where you can stand the gimbal handle first and allow it to charge. 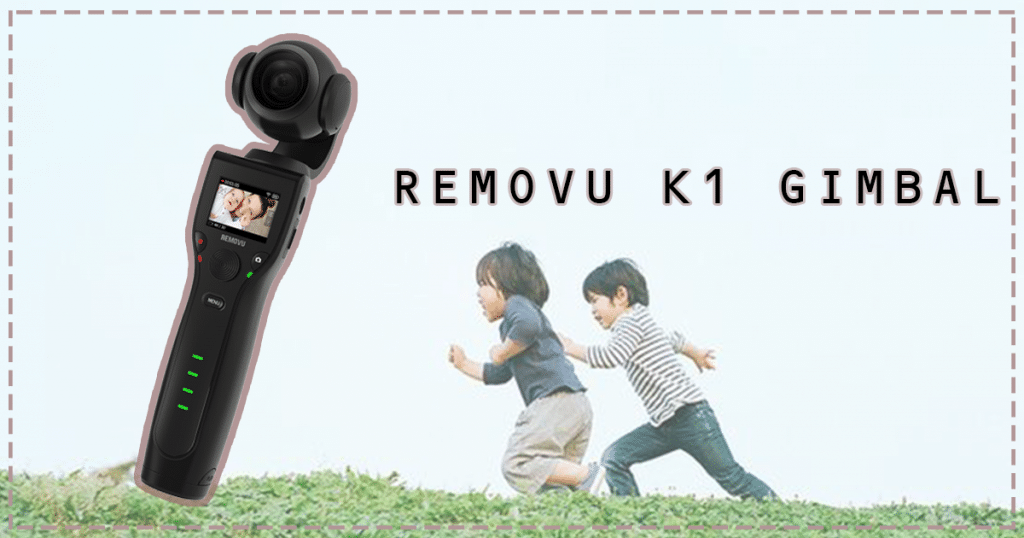 
– The REMOVU K1 is a game changer in the video gimbal market. It is compact, light to carry and doesn’t require any calibration.
– Ideal for Vlogging: With a 17mm lens and 50cm focal length, the K1 is perfect for Vlogging
– Battery Life: Can shoot 4 hours of continuous video on a single charge, which means the K1 is a perfect gimbal for outdoors
– Sound Quality: The internal microphone is great and doesn’t require any setup. The device also comes with a microphone port to connect an external microphone
– No calibration required: Calibration takes a lot of time in most gimbals taking away the precious shoot time, but the REMOVU K1 luckily doesn’t require any calibration ,which is a boon
– Remote App: The remote app, helps you to control the device remotely
– Size: The REMOVU K1 is the smallest gimbal that is available in the market today
– Integrated Screen: The integrated 1.5 inch LCD screen is a great feature that goes for this gimbal, which means you don’t need any additional peripheral devices like phone or camera
– Battery Charging and Indicator: The battery indicator light is a nice feature to have and its ability to charge without a wall charger is a positive feature
– Video Option: The REMOVU K1 has the ability to shoot different modes including the 4K at 30 fps and 1080 at 30, 60 and 120fps making it great for shooting the slow motion scenes

The positives of the REMOVU K1 outweigh the negatives of this device, but still there are a few that needs to be highlighted

– Lens Distortion: There is a slight distortion in the videos that elongates the subjects. This is noticed when viewing the subjects in close-up
– Build Quality: The gimbal feels plastic, which takes away the professional feel
– Microphone Jack Placement: The microphone jack is placed on the side instead of the front from where most of the audios come, but having them at the sides makes sense to record sounds that come from the rear especially when you are in the Vlogging mode
– Small Screen: The screen size of 1.5 inch is small compared to other gimbal screen display setups, but it does the job well
– Attachments for the Accessories: The K1 gimbal doesn’t have ports to attach different attachments
– Not water resistant: REMOVU is famous for developing products that are water-resistant, but has totally ignored this feature in the K1 gimbal
– No Protective Case: The K1 doesn’t include a protective case, which is a big let down
Gimbal doesn’t Lock: The gimbal doesn’t lock, which can be a problem when transporting the unit
– No Accessory Kit Included: REMOVU offers an accessory kit that includes a microphone, lens cap, strap for carrying, and a stand up charging port, but you have to pay extra to get this accessory kit. It doesn’t come default with the K1

The REMOVU K1 gimbal will be available at stores from the last week of March, 2018 and with so many positive reviews of this gimbal, the K1 is touted to be the most sought after gimbals in the market. With a price tag that quotes under $500, this product seems to be a steal. 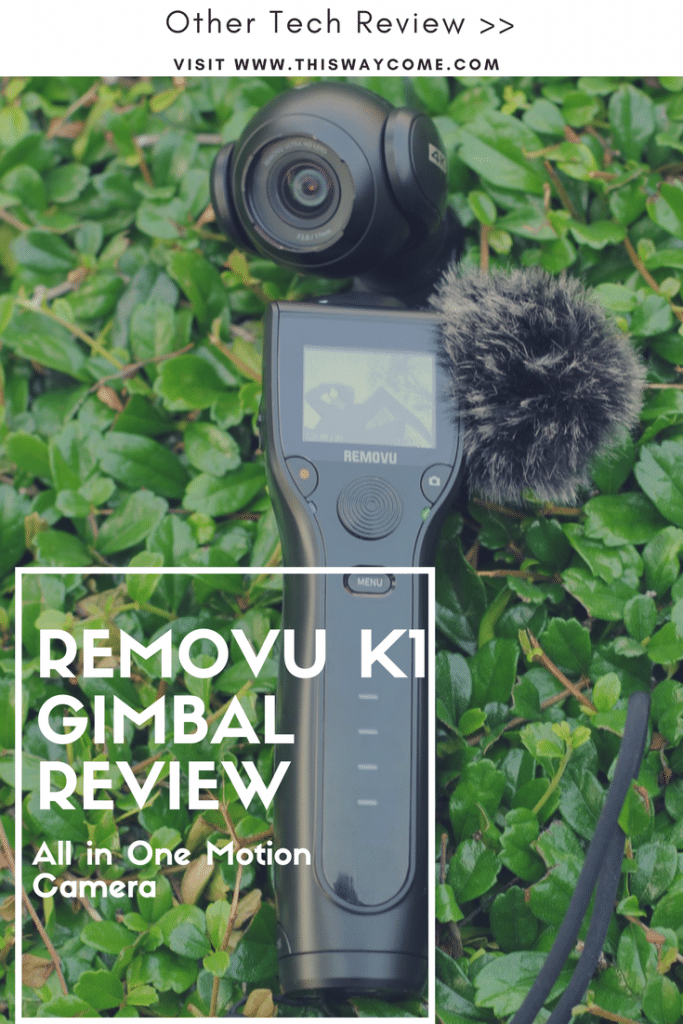