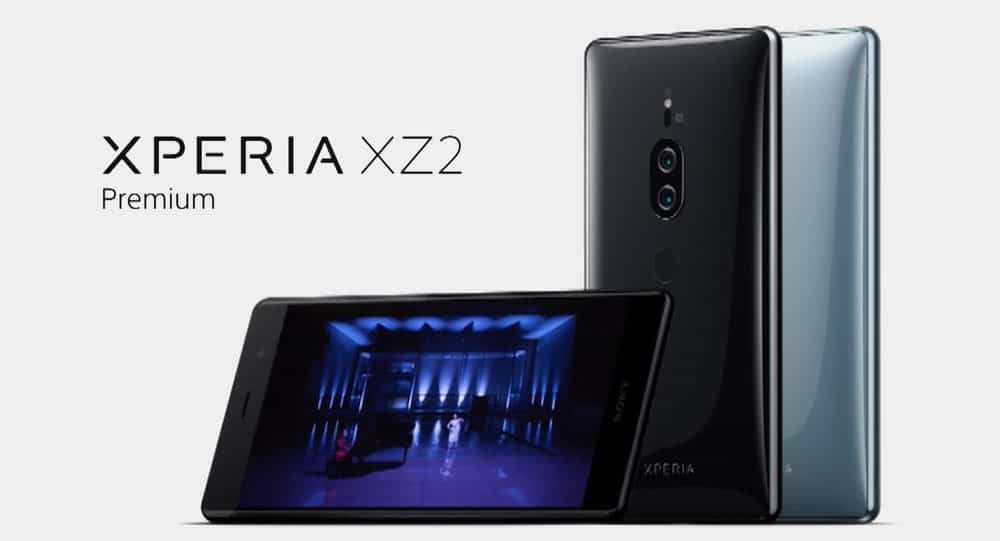 It has been a longtime since Sony has launched a great Smartphone, which has struck gold recently. Sony seems to be evolving, but slowly. The Sony Xperia XZ2 is a flagship product that is different in numerous ways, some of which are controversial. The Sony XZ2 will likely to be a blip on most other popular brands like the iPhones and the Galaxy buyer’s radar because it is slightly expensive and hard to find.

To compete with brands like Samsung GalaxyS9, iPhoneX and the Google Pixel 2, the Xperia XZ2 has to have something very special in its own right. Sony has rested hopes on the High Dynamic Range with as the first smartphone to capture 4K HDR video. The display of the Xperia XZ2 have been built to go big on features that is usually found on big screen devices like television sets. These differences can be noticed a lot with improved design, better display and a super-fast performance to boot.

So, let’s see whether this Sony Xperia XZ2 has the juice to garner attention of new users.

Design has never been the strong point of Sony phones. While various other brands have concentrated on improving their looks along with the other features, the Sony Xperia XZ2 range has often boasted of its software and improved battery life.

Sony has this time around given the Xperia XZ2, a rather flashy makeover. The XZ2 is the best looking Xperia phone to date. The XZ2 has discarded the box shaped design and the angular edges with something softer with a curved back panel. It tapers at the edges to fit in very easily into your hand, though it is slippery. 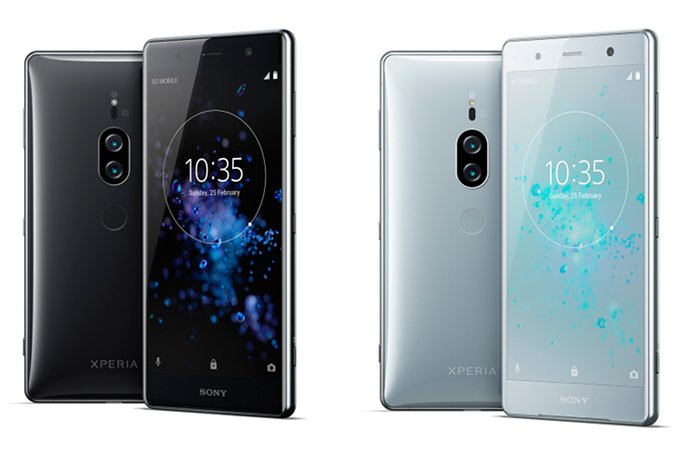 The bezels have been pushed back too, helped by the use of an 18:9 display. The Sony XZ2 feels solidly built with Gorilla Glass 5 front and back, an anti-twist, anti-bend aluminum frame running around the edge, making it most durable Xperia phone yet. The glassy design looks stylish and classy, but is very slippery and getting the extra grip from a case might help. This new Sony phone weighs 198g and is slightly heavier than the similar sized phones from other brands, but not a big issue to talk about.

The Sony Xperia XZ2 comes in a choice of colors, primarily the silver, black, green and blue color, which stretches across the back panel around the sides to the front. The finish is as reflective as the chrome finish of the XZ premium. The phone thankfully is not a fingerprint magnet, but a few here and there is okay with any glass backed phones. The fingerprint scanner was located at the side on the XZ1, but now it has been relocated to the back panel in the Xperia XZ2. The only problem is that, it has the same shape as that of the camera and there is always a chance of a mix up. 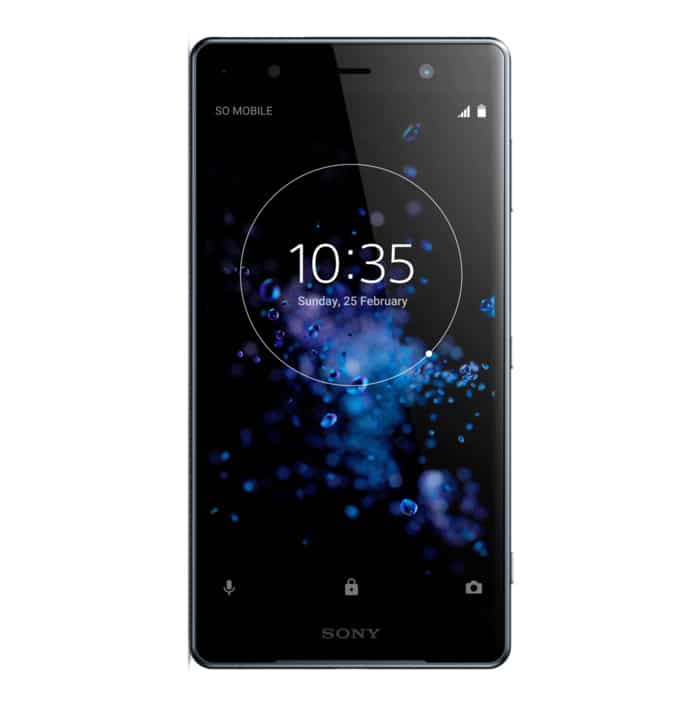 This 4K HDR phone has a new 18:9 display, which means there is more screen space in this Sony HDR phone. There is a slight increase in display from 5.2 last year to 5.7 this time around. The phone feels narrower than the other models. The XZ2 makes use of the full HD resolution, which is equal to 2160 x 1080 pixels. This Sony phone boasts support for HDR for mobile, which means you can watch compatible HDR content on Amazon and Netflix. Some of the contents watched was not badged as HDR on Netflix home screen, but was on the Galaxy S9.

The colors don’t seem to be as vibrant and rich as it is on the Galaxy S9. Even the highlights are not detailed. Video quality is quite good, but still not one of the best. There is not much detailing as compared to the S9 and the contrast isn’t as stark and the colors aren’t sharp and bright.

It is slightly softer across the board, like looking through a filter. It might beat the S9 for its handling of the skin tones, which are warmer and natural. It would be better to go into the display settings and switch-off the X-Reality Pro before you watch any video for clear and sharp images. While streaming videos from Netflix, it affected the contrast and colors negatively and also introduced lot of noise and motion processing annoyances, which erases anything good about the picture. 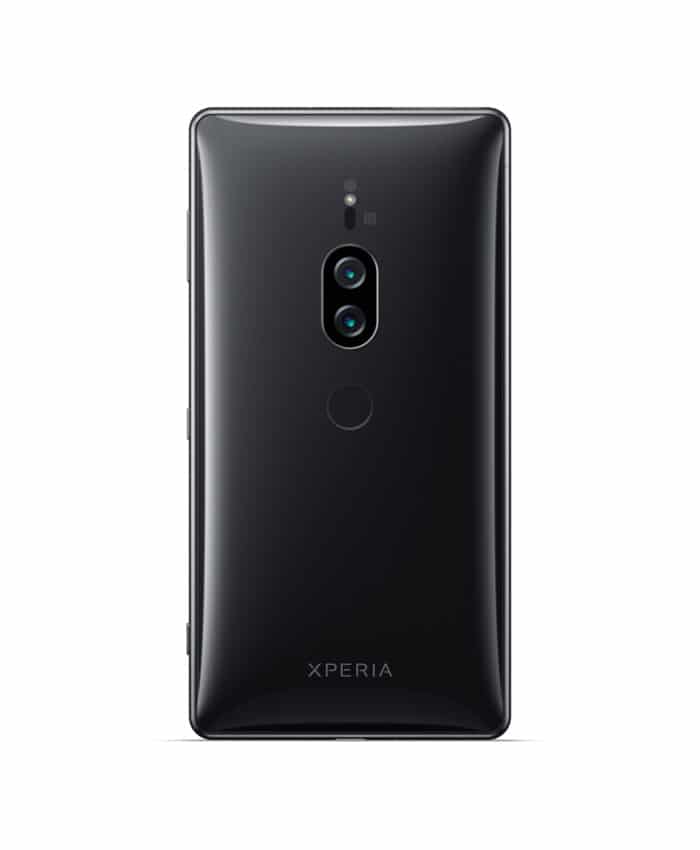 Though this is an impressive feature, but how much will actually be used is something to be seen. To enjoy this feature, you will require a HDR capable screen to view on it; otherwise the whole purpose is futile. Without the HDR capability the whole footage and the colors will look washed out. So the purpose of recording in HDR goes absolutely down the drain if you don’t have the required equipments to enjoy these new features.

Sony also recommends turning off the steady shot for better results when you are shooting in HDR. There is no OIS, so everything is done through software and the lack of steadiness in filming with it switched off is noticeable. If you can handle the wobble, the Footage taken in HDR is pretty good when it is viewed on the XZ2 screen. When accompanied with the 4K resolution that displays good contrast and detailing, the whole experience is just beautiful. Sony has upgraded its super slow-mo mode at 960fps, which is an increase from 720p to 1080p, beating brands like Samsung in the process. It is advisable to shoot in best light possible as low light situations can introduce a lot of grains in the footage.

For regular shooting, the Sony Xperia XZ2’s performance falls behind the very best of the S9, iPhoneX, and Pixel2XL. But, the shots are good in certain circumstances. The results are great in good light like any other camera. The colors are good and there is enough detailing. When you zoom in you will spot some noise even in the best lit shots. The lack of OIS has not helped in the low light shots, plus the f/2.0 lens is not the brightest aperture that we have seen in a flagship phone. The shots are smudgy in lowlight.

The Sony Xperia XZ2 is powered by Qualcomm’s Octacore Snapdragon 845 processor with 4GB RAM supporting it that performs every task in lightning speed. Browsing through the menus is absolutely smooth with no issues encountered while multi-tasking. The Xperia XZ2 comes with 64GB storage, which can be expanded via a microSD card. Xperia XZ2 comes with a 3180mAh battery to keep you going strong for the whole day, unless you are heavily into 3D gaming and 4K videos. Sony has introduced a clever battery system that keeps you going strong with excellent stamina modes especially when you are short of power. It comes with a smart charging facility to keep your battery healthier for longer. 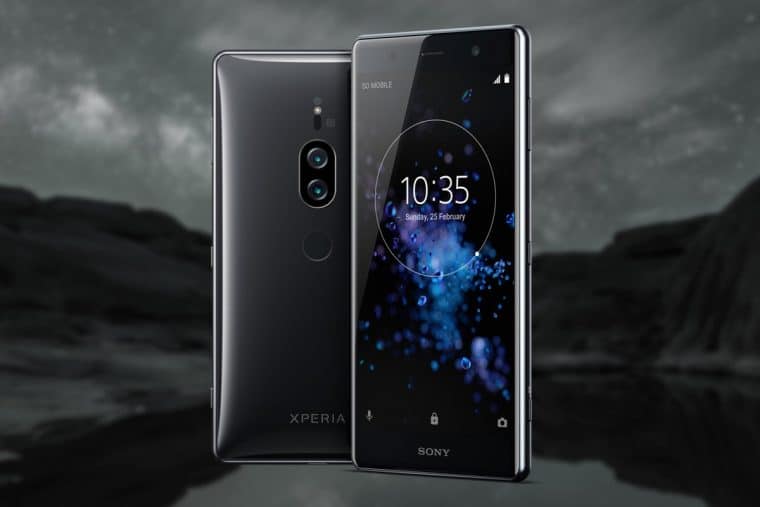 The Sony XZ2 also has a built-in wireless charging facility that uses the Qi standard, though as with most phones for this type of facility you will have to spend extra for the charging pad. Standard charging is done thought the USB-C.

Sony has been the flag bearer of certain features like waterproofing and dust proofing even before other brands caught up with this concept. You can expect the same here with a rating up to IP65/68. The Sony XZ2 is protected against fresh water only and any other type of water like salt water is a strict no. The XZ2 comes with a new built-in Dynamic Vibration System. Working like a Dual Shock Controller for the PS4, it analyzes the audio data coming through the phone and injects haptic feedback at right points to create a more “immersive” experience.

You can adapt the strength and settings for each individual app. You can give it a go for gaming, where it is pretty effective. But, be prepared to drain your battery especially if you are into longer sessions. There is also a 3D creator, which can create a 3D render of your face using the selfie cam. Once captured you take a nice look of your face in 3D, but it is a static image, it’s not that great that, it will be in straight competition with the Animoji. How important this feature is and how much you will be using it is something to think about. With the new update, you can directly upload the 3D render onto Facebook.

The Sony Xperia XZ2 doesn’t come with a headphone jack, which means you will have to depend on a pair of wireless or USB-C compatible headphone to listen to your favorite music, which it supports up to 24-bit/192kHz high resolution as usual. The stereo speakers are better and louder with the Sony’s S-Force Front Surround Sound processing for a wider audio performance. Of course, there is that lack of clarity and detailing that you will find by using a pair of headphones, but for quick videos and a few YouTube clip they are quite clear and loud.

There is no doubt that the Sony Xperia XZ2 is the best phone to date from the house of Sony. Since there is a whole of expectations from the Sony phones that even a few drawbacks can get over emphasized. Sony has mostly abandoned its custom interface designs, which is good as it will provide the Xperia XZ2 with regular security and feature updates.
The Xperia XZ2 has an improved design, powerful performance and a great battery life, but same can’t be said about its camera performance. The 4K HDR is mind-blowing, but photos still need improvement. The screen struggles compared to the like of S9. There is enough brightness and color, but it lacks in detailing and sharpness when watching a video.
To be fair, Sony has launched a great product by offering a phone that is good-looking and powerful and displays a lot of promise. While it is a good phone in a year where there are so many android models coming up. It may not be the market leader as of now, but this underdog has created its path now for a bright future. 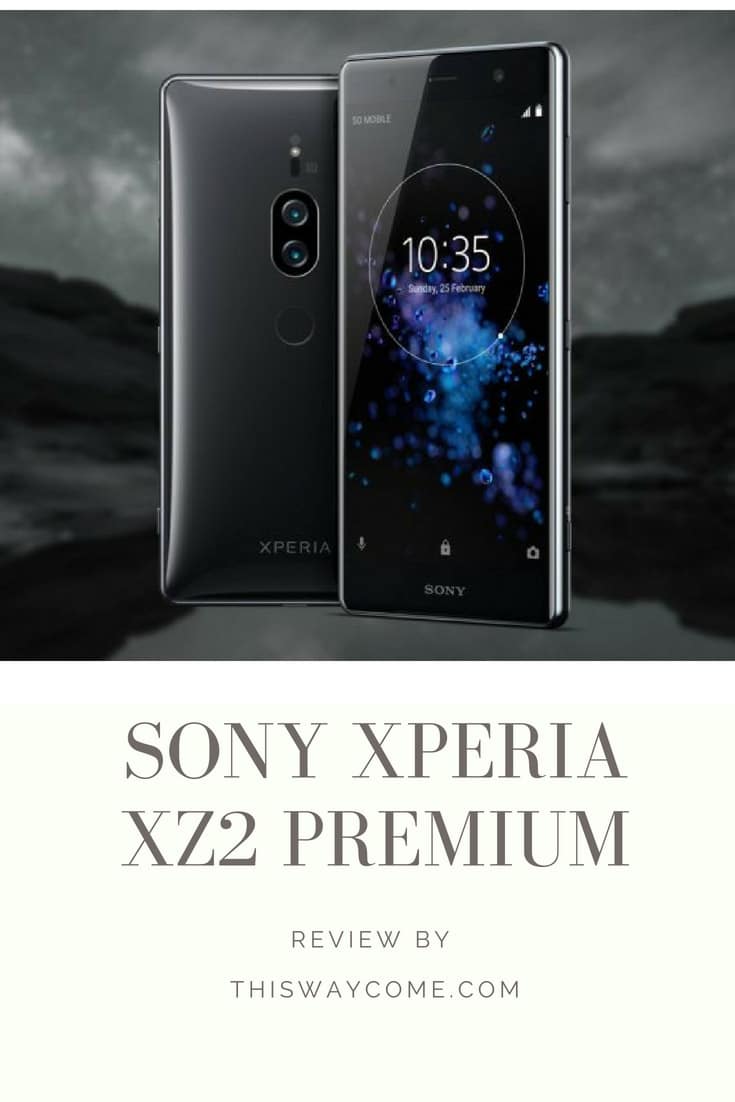