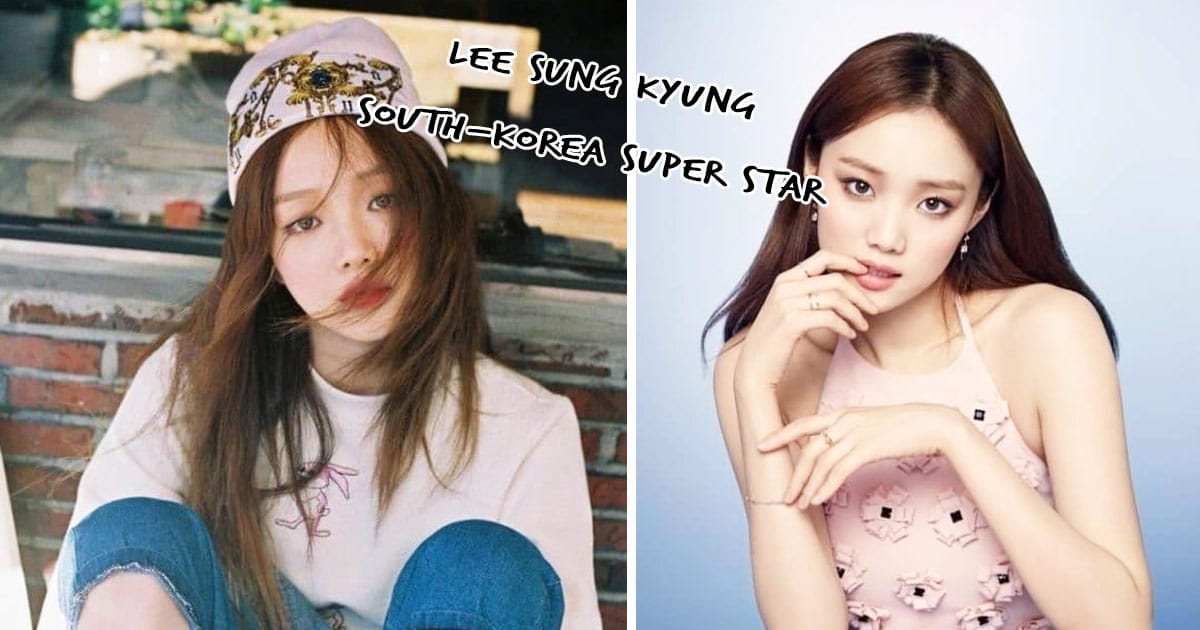 Lee Sung Kyung got the spot light after her first drama gig, “it is okay it is love.” With over 3.5 followers on Instagram only, you will realize she is slowly becoming the Gigi Hadid of Korea. If a list of international celebrities would be made, be sure to find lee’s name somewhere on the top of the list mostly due to the popularity that she has gained from her role in Weight Fairy Kim Bok Joo. Other than being a weightlifting fairy, here are some of the things that you might not know about Lee Sung Kyung.

1. She Started off as a model

Everyone has a starting point. Many know Lee Sung Kyung as an actress; little do they know that she used to model for Seoul fashion week and Korean Fashion Magazine before she became the profound Korean actress she is today. Surprisingly, her boyish style was still evident even in her modeling days.

2. Lee Sung Kyung plays piano
What talent does she not have? From being a model to being an actress and still got something in the music department. Lee is very talented in playing piano, and she had even joined a music school. She even had considered being a pianist at some point in her life before she decided to focus on modeling.

3. Lee Sung Kyung can sing
Yes, she can sing as well. If you are a fan of “king of the mask singer”, you probably have heard Lee sing only that you did not know it was her.

4. She had to gain weight to play Kim Bok Joo
She must have really been determined to play that role. People are dying to lose weight but for her she went out of her comfort zone to gain weight just to be on k-drama. Many people did not appreciate her physique in the play but who cares about the haters anyway.

5. Her dream to become a police officer
Who never had a dream when growing up? While at a younger age, at least most people had crazy ideas of what they would like to be when they grow up. Lee Sung Kyung too had a dream of being a policewoman. She got this inspiration after thieves had broken into her parents’ house. However, the fact that she likes being dressed in uniforms was another reason that made her have the thought of being an officer.

6. Her Christian parents named her “The Bible”
Some people believe that the name that you give a child determines how the child will turn out while growing up. For Lee’s parents, they wanted their daughter to grow up in Christian ways and thus her name which in Korean means Bible.

7. she has been dubbed to be South Korea’s Gig Hadid
Both Lee Sung Kyung and Gigi Hadid have become top international celebrities. According to W Magazine, the fact that Lee Sung Kyung has over ten percent of her county’s population following her on Instagram is enough to make her the Gigi Hadid of South Korea. Gigi has over 38 million followers on Instagram but do not forget that the US is way big compared to South Korea.

8. How she lost her weight so fast after the k-drama
Lee had to gain weight for her weightlifting role. The worst thing you can do to a model to make them gain weight. However, the Korean Actress, Lee Sung Kyung did not mind at all. Surprisingly, after the k-drama was over, she dropped weight and got back to her standard model size. Now here is where the question is; how did she lose weight so fast?
During an interview, Lee said that she would never starve herself for the sake of losing weight. Instead, she makes sure that she eats healthily mostly by cooking her meals. Lee not only works out but also does core workouts to help improve her metabolism which helps her lose weight faster.

9. She is close with Park Shin Hye
Both Sung Kyung and Park Shin acted alongside each other in a drama show known as doctors. If you watched the show, you would get convinced that they do not get along. However, in real life they are good friends. Sung Kyung has gone ahead to prove this to her fans by posting a picture of her and Park Shin Hye on Instagram.

10. She is one of the faces of Laneige
Most people know Song Hye Kyo as the face of the K- beauty brand. However, if you look at this brand’s Two-tone lip bar ads, you will find out that there is Sung Kyung as well. She must be a very diverse woman.

11. Gong Hyo Jin is her role model
You might think that international celebrities have made it in life and no longer have nor need role models. Well, that is not true mostly because the sky is the only limit to how great one can be. With Hyo being Sung’s role model, she enjoyed it when they co-starred the show “it is okay it that is love.” Lee Sung Kyung mentioned that she liked how professional Hyo was during the show.

Conclusion
With the above information, the next time you see Lee Sung Kyung in a Korean drama, at least you will have it in mind that she is more than an actress.

Some of Trump Secrets About Melania Trump